The team at itContracting might be a little biased (one of our offices is based there), but as a nationwide IT recruitment agency, we can reveal one of the most popular places to search for a permanent IT job in Ireland is, Cork.

Home of the famed Blarney Stone, Cork has long been debated as the ‘real’ capital of Ireland. This energetic city and the surrounding sprawling county has so much to offer in terms of culture, food, history and warm hospitality. Nestled along the River Lee, the third largest city is quickly becoming one of the most eligible places to work and live in Ireland for tech.

Over the past 20 years, Cork’s tech industry has been steadily growing. IT giant Apple based its European Headquarters here and has since been joined by many other well-known names including Dell EMC, HPE, and Amazon. In fact, the more people you meet out socialising, the more tech companies you will discover are based in Cork! 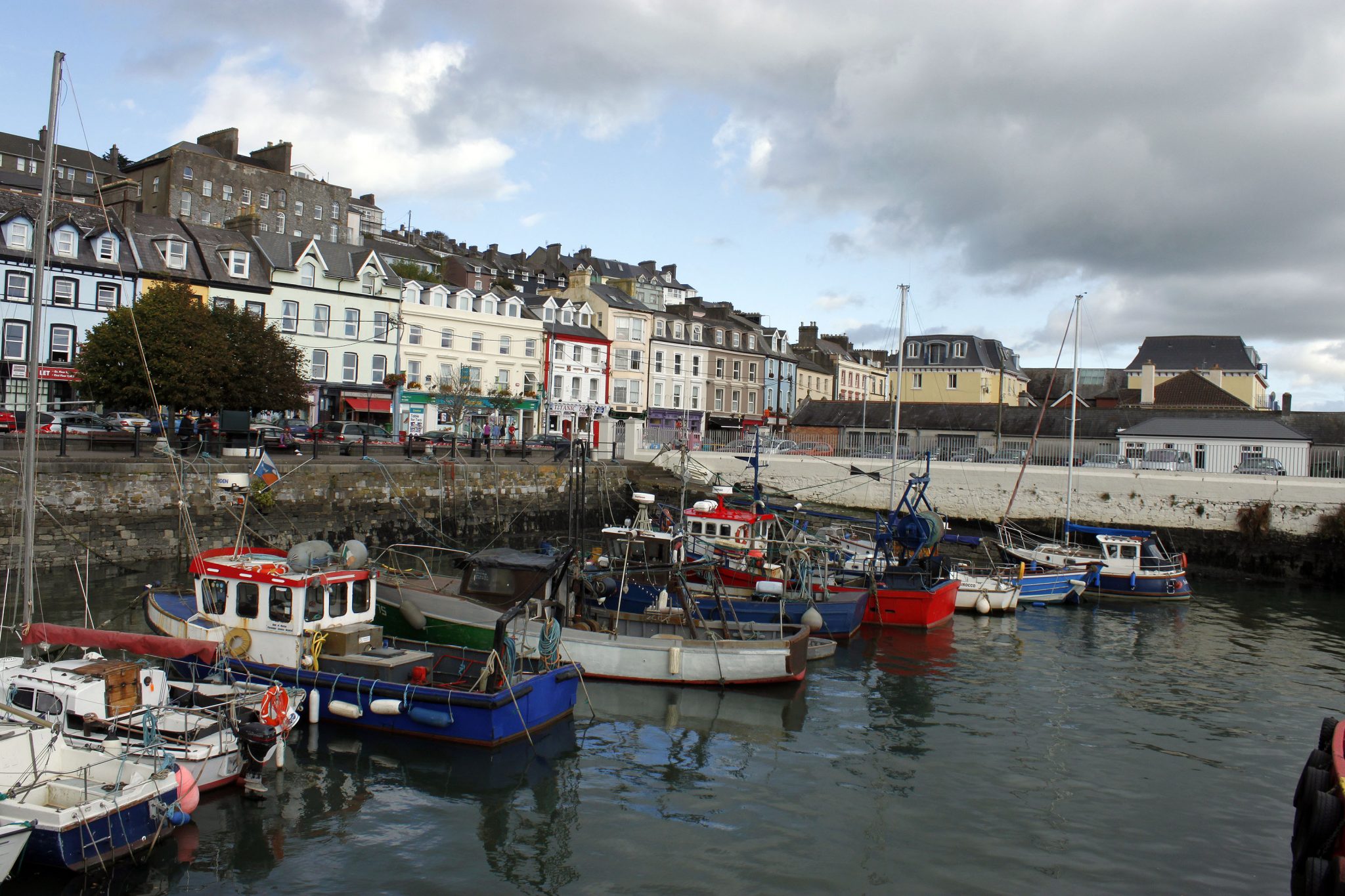 Cork is the perfect size and there’s really no need for a car with its bustling bus and train public transport. This compact city is best accessed on foot; a clear advantage over Dublin, which certainly needs a bus, if not two, to get from one side to the other. There are frequent trains and buses connecting Cork towns and villages to its epi-centre, such as Cobh, a lovely sea town which has a very active train route into Kent Station. And if you ever need to travel up to Dublin, the motorway will get you almost door-to-door in two and a half hours. 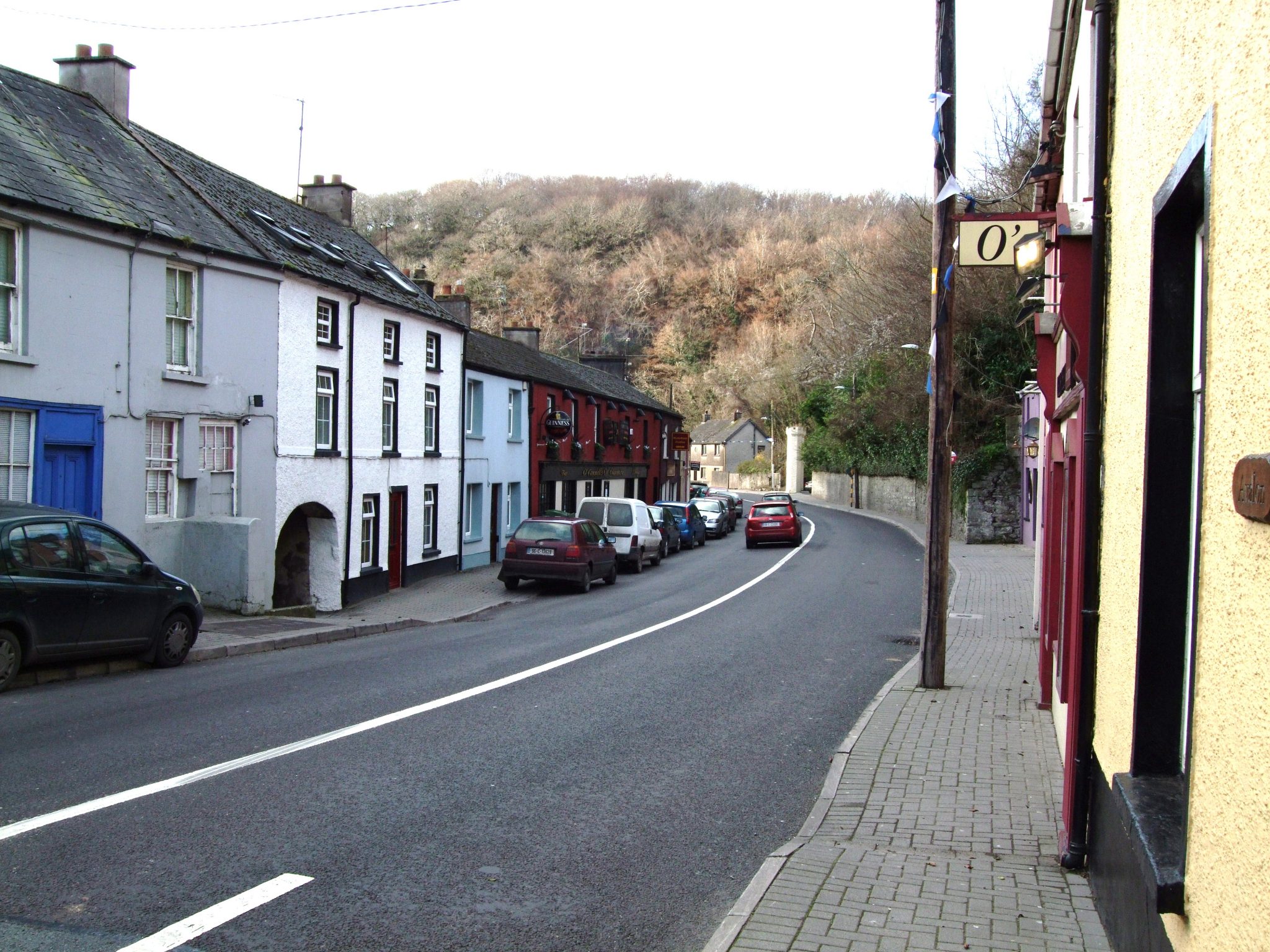 If you were deciding to relocate to Cork, another factor to consider is the rent; it’s significantly lower than Dublin. Now, the country is experiencing a demand for rental accommodation, but the likelihood of finding your preferred accommodation is much higher in Cork. And with plenty of choice in the city, you can also consider satellite towns such as Ballincollig, Glanmire, Douglas, and Wilton. 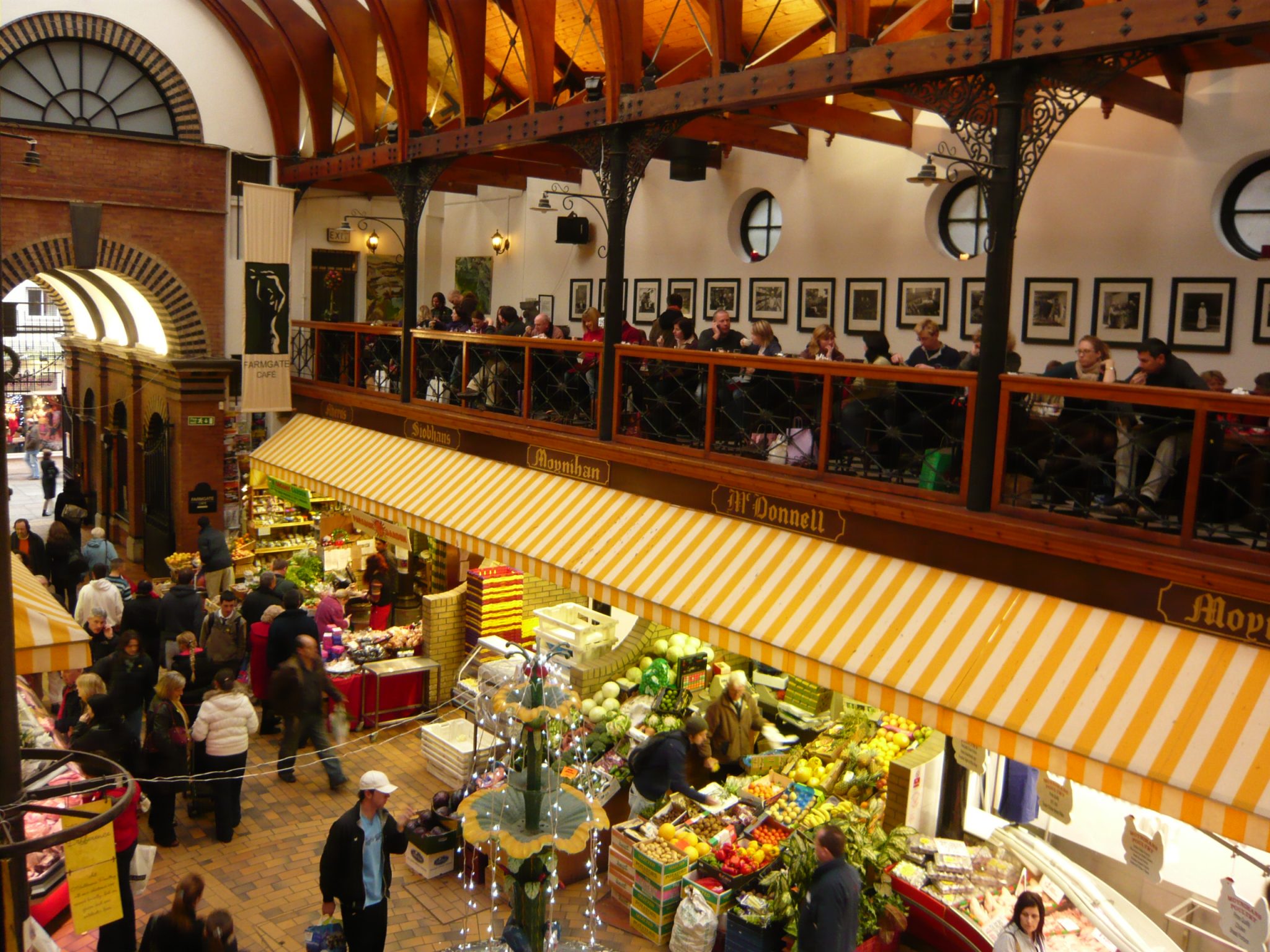 Enjoy the wide range of small gourmet cafes and restaurants around the city, which caters to all gastronomical tastes and cuisines. And don’t forget the famous English Market, which has been serving the public with all kinds of gourmet and local produce since 1788. And if you’re searching for decent seafood, you’re in luck! Kinsale, a sea town located 30 minutes outside of the city, is Ireland’s official seafood capital. West Cork is also a haven for artisanal cheesemakers and smoked meats. 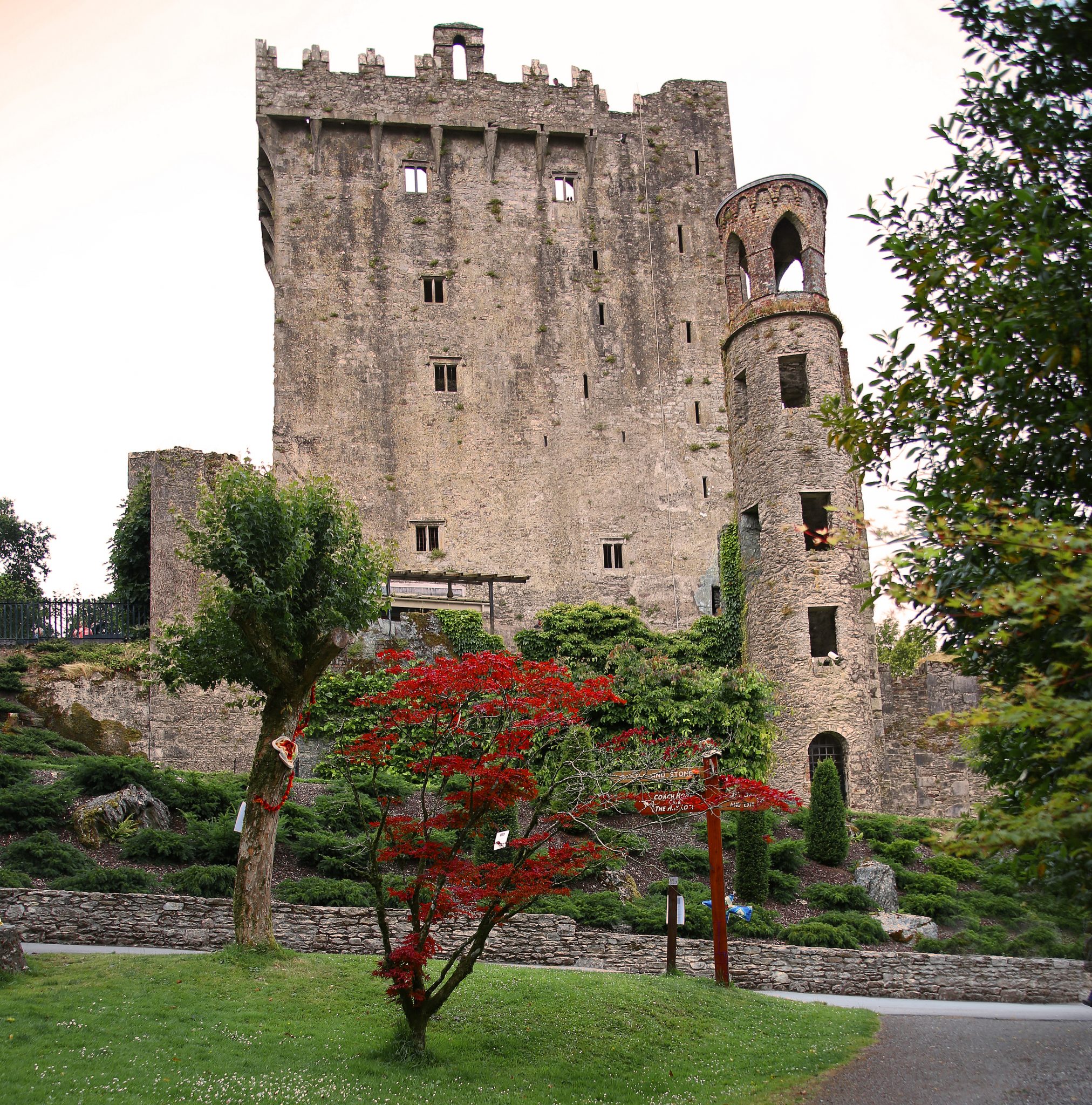 The Blarney Stone! Yes, where you hang off the edge of a castle and kiss a stone that over 200 years old. That’s in Cork! Beside receiving ‘the gift of the gab’, Blarney castle and gardens are home to some splendid walks and scenery and don’t forget to pop into the Blarney Woollen Mills afterwards for a browse of its woollen shrugs and rugs.

And what about the city’s historical hotspots? Why not walk up to the Shandon Tower, an iconic part the city’s skyline, and listen to the famous Shandon Bells. You can climb the (St Anne’s) tower, nicknamed the ‘Four-face liar’, a name given to its four clock faces telling different times from an angle. Or pop by the English Market as mentioned above recently made more famous by Queen Elizabeth, who visited in 2011.

Cork holds many keys to the country’s past, including being the birthland of Ireland’s most famous revolutionary leader, Michael Collins. Born and eventually killed in West Cork, Collins led his people to independence from Britain in the early 1900s and is considered one of the brightest national treasures.

So, why not take a drive down to West Cork; an area that is well-known for the active upkeep of Irish culture and tradition. Amidst the green fields that dominate the landscape and local industry, stop by any local village (Clonakilty, Bandon or Leap) for a lively impromptu trad music session. Looking to brush up on the Irish language? The Muscraí Gaeltacht is Cork’s Irish region where the locals speak only in Irish. 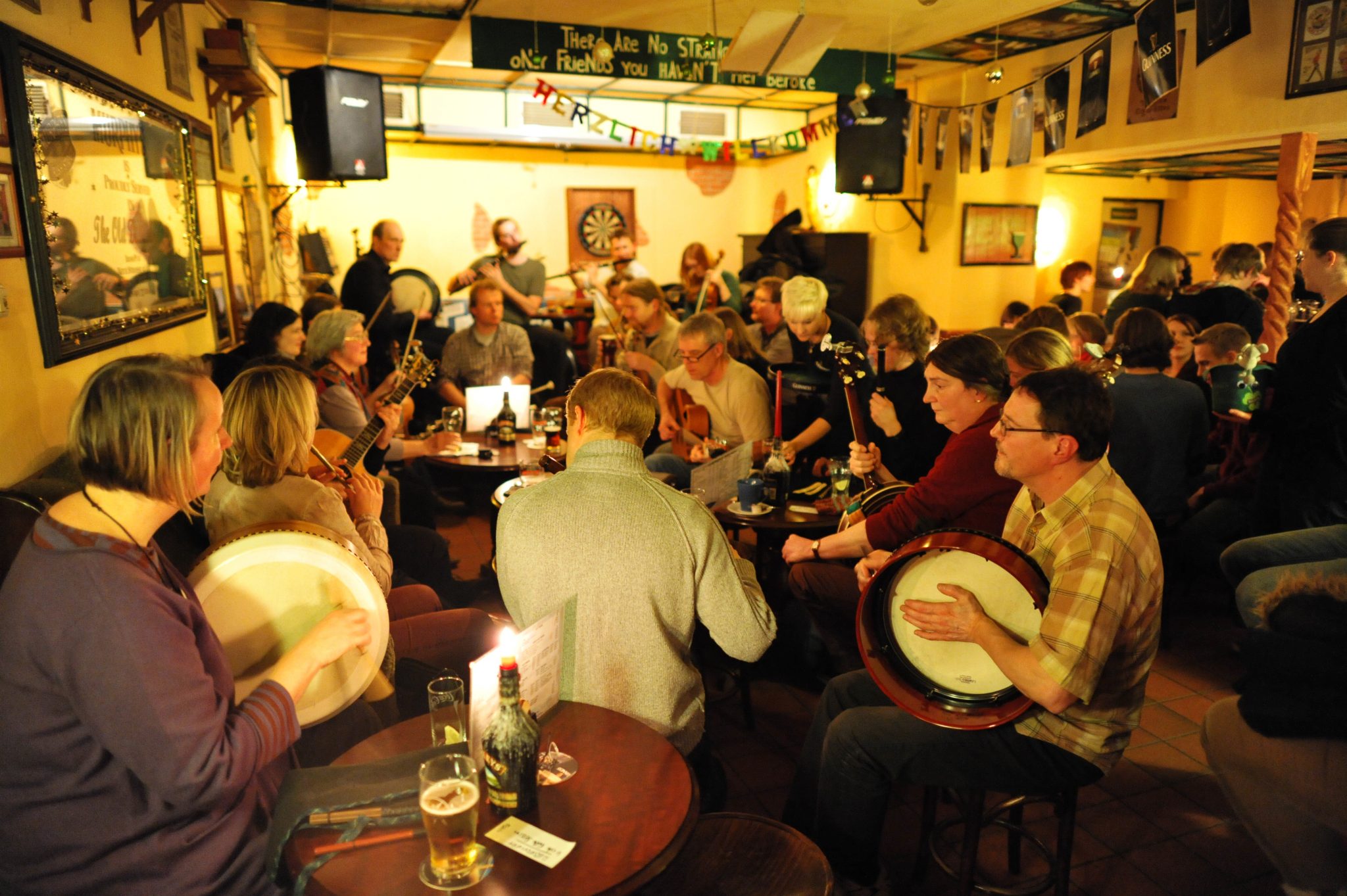 Cork is an energetic city with plenty bars, pubs, festivals and events on offer. The city is home to several heritage pubs and bars dating back to the early 1800s. If you’re looking for the full Irish experience; why not visit the Sin é pub, and listen to the traditional music sessions that happen almost every night. Or if you miss your local brew, The Bier Haus houses over 220 local and international beers at any time, and will sure to have your favourite drink.

Music lover? Stop by Cyprus Avenue, one of the city’s longest-standing gig venues, or catch a concert at Live At The Marquee -running annually across June and July- which has seen performances from the likes of Elton John, Kanye West, Eric Clapton, Lady Gaga, and Sting. Whether it’s a lovely walk in Fitzgerald’s Park or fishing along the banks of the River Blackwater, we’ve only scratched the surface of life in Cork. So, if you’re planning a change in IT job, consider moving down south to the ‘real’ capital!

Explore itContracting’s job opportunities, both contracting and permanent IT jobs in Cork today. Any questions? Contact our IT recruitment agency team today!

Download our 9-page Ultimate How to Guide "Relocating to Ireland" We hope you will enjoy it! If you have any queries or questions about the eBook, you can email the itContracting team at: info@itcontracting.ie 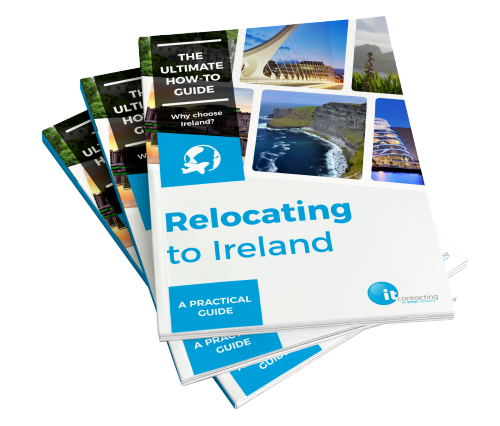